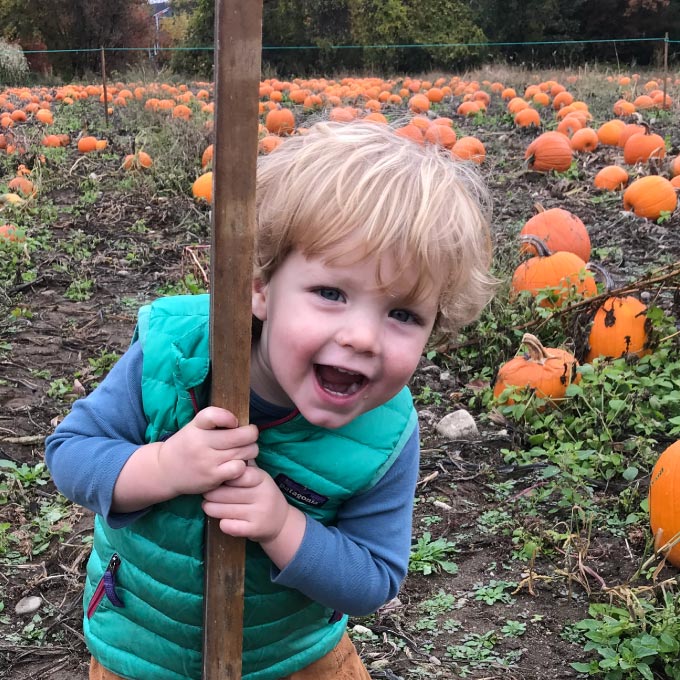 ⟵ Back to Patient Community Stories

Mikell and Nick welcomed their second child, Malcolm, in 2017. When Malcolm was five months old and lying in bed with his parents, he began to seize for the first time. Mikell and Nick did not recognize this as a seizure because it was not what they had seen on TV. While on the phone with emergency services describing, “his whole body is shaking, he is not able to turn his head, but he is still responsive through eye movement,” it was the voice on the other end of the line who uttered the words, “infant having a seizure.”

They were taken to the hospital, and Malcolm underwent a handful of tests. All test results looked fine and they were sent home with rescue medications in case it happened again. Over the next six months, everything was “hunky dory.” During this time, this family of four travelled to Australia to visit Nick’s family and went on a camper van road trip across northern Europe, doing what they love most – being together in the great outdoors.

It was not until Mikell was away on a work trip that Malcolm had his second seizure. From that point on, the seizures started occurring monthly. Then, three days before Malcolm’s first birthday, they received a call from his neurologist with the genetic test results showing a mutation in the SCN1A gene. These results, in addition to the long duration, hemiclonic, fever-induced seizures and normal EEG results confirmed that Malcolm had a clinical diagnosis of Dravet syndrome.

Upon hearing the diagnosis, Mikell and Nick knew that, “we now have a different set of possible futures ahead of us, different from what we had imagined.” However, that first night, they did not fully understand exactly what this meant. It took time for them to come to grips with the diagnosis and to begin to see the impact this had on both Malcolm and their family.

Three years later, Nick characterizes Dravet syndrome as a lifestyle. “It consumes and defines everything. This is our life, Dravet is our life.” Mikell adds, “It’s just like the frog in a pot of boiling water, before we knew it, we had completely changed our lives and our interaction with the outdoors.” 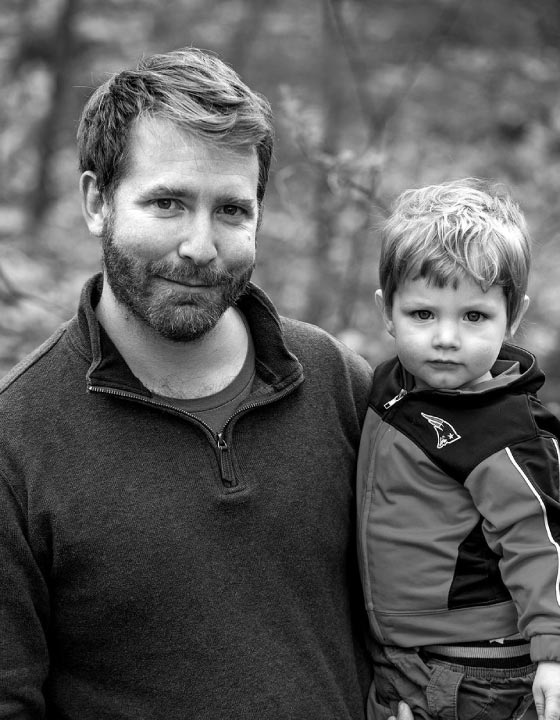 It consumes and defines everything. This is our life, Dravet is our life.

Mikell and Nick went on to describe that there is not much they can do as a family these days that is not just sitting in the playroom trying to keep the kids entertained. Before Malcolm developed photosensitivity (a seizure reaction triggered by sunlight and patterns of lights), they were able to enjoy the outdoors with walks around the park, bike rides, and trips to the train station. Malcolm absolutely loves trains, and as a family they would ride the commuter rail into the city. However, now the mesh fencing at the train station sets off Malcolm’s seizures.

The last time they did anything as a family when they were not constantly scared, insanely stressed out and watching Malcolm’s eyes like a hawk was a trip to Myrtle Beach right before COVID-19 and before Malcolm developed photosensitivity. Their favorite family moment is from this trip, a Blackbeard-themed Pirate Show, which they reminisce about often.

Now, anytime Malcolm goes outside, he has to wear a hat, cooling vest and special sunglasses. The family has also outfitted their home with blackout curtains and added shades to their already tinted car windows.

“Malcolm is a funny little guy, a smart kid with a lot of personality. He is heartbreakingly good at remembering to put on his own sunglasses and hat to go outside. I think we underestimate him far too much because he has speech delays associated with Dravet syndrome. He actually lost speech just after he turned one. It has been a lot of work to bring it back.”

Malcolm went from having a vocabulary of about 25 words to two words over a six-month period. In addition, he had fallen behind socially. Because of these issues, they decided that when Malcolm turned three years old, they would get him into a school environment. He currently goes to a Montessori pre-school that has adapted well to Malcolm’s photosensitivity and managed his older sister’s needs as well – ensuring she feels that this is her school as well and that she is not responsible for Malcolm while there.

It’s just like the frog in a pot of boiling water, before we knew it, we had completely changed our lives and our interaction with the outdoors. 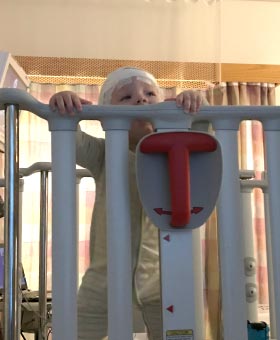 In terms of treatment, Malcolm’s parents spoke about the current need to keep increasing medications and adding new ones. However, with all the precautions they take and medications they give, he is still having seizures. “There are so many life decisions that are riding on the fact that he’s on so many medications every day and we know we are going to have to keep changing that throughout his life. We never know what’s going to work. We never know what is going to stop working. The prospect of something that would just deal with that long-term uncertainty would be life-changing…anything that removes the constant state of stress and fear.”

They also conveyed being in a holding pattern with a philosophy of minimizing harm before a disease-modifying therapy becomes available. “Malcolm is three years old, and we know that these therapies are generally targeting younger kids. Our desperate hope is ‘can we just keep him in as good a shape as long as possible until these therapies are available?’”

Thinking longer-term, their hope for Malcolm is “independence when he’s older and not being vulnerable. The big thing is getting him there, we just want him to live independently and to have his life and be happy.”

We would like to thank Mikell and Nick for sharing a piece of their family’s journey with us. If you would like to share your personal story, please email patientadvocacy@encoded.com. By providing your information, you agree to allow Encoded Therapeutics to collect the name and email address provided and to be contacted by Encoded and its partners using this information.